This is Aurea , golden in latin, the second print dedicated to metals.
Aurea is printed in 5 colors on black paper in a limited edition of 48 copies.
A very limited variant version of 10 copies with gold leaf has been printed on black metallic paper and it’ll be available together with the regular version TOMORROW February 22nd on our store.

This is the new Monster Magnet poster for London' show.
It should be considered as part of a diptych together with the previous gig poster we did for the band.
We focused on the opposite element of water: fire.
It's printed in a limited edition of 144 copies with 4 metallic colors on cream paper.
This poster will be available at the show tonight and from TOMORROW JANUARY 30th also on our store.

The art print version is "Salamandra" (Salamander in english), the mythical creature symbol of fire, is printed with 4 metallic colors on cream paper in a limited edition of 50 copies.
It will be released TOMORROW JANUARY 30th on our STORE together with the Monster Magnet gig poster.

On January 9, 2019 - Malleus Rock Art Lab
This is “AES”, “copper” in latin.
It’s the first print of a serie dedicated to metals.
Copper is linked to the female planet Venus since a distant mythological era.
We’ve to go back, in fact, to a Mediterranean island, once ruled by a love-goddess: Cyprus.
It was regarded as the domain of Venus-Aphrodite, also known as the 'Cyprian goddess'.
The Island was known for the veins of copper since the sumeric period.
The design of this print was originally made  for a beer label of the small italian  brewery called “Fermento”.
“AES”  is printed in two different versions.
The main one is printed with 3 metallic colors on black paper, limited edition of 54 copies.
The variant is printed with 3 metallic colors plus copper leaf on black metallic paper, limited edition of 10 copies.
Both versions will hit our store on Friday January 11 at random time!

We had the great opportunity to test this amazing paper produced according to ancient handmade techniques by Mele paper mill near Genoa.
We printed 3 copies of “Skeletree” using 2 colors and gold leaf on the background.

SOLD OUT
Thank you!

We are excited to unveil the new Mudhoney gigposter and AP versions.
The regular version is printed with 4 colors on white paper in a limited edition of 84 copies. "Potnia", the AP version, is only 40 copies printed on cream paper.
We also made 8 copies on wood panel.
We'll be making a limited online release TODAY on our store.
*****TAKE ADVANTAGE OF BLACK FRIDAY DISCOUNT! 25% OFF EVERYTHING UNTIL MONDAY 26th!***** 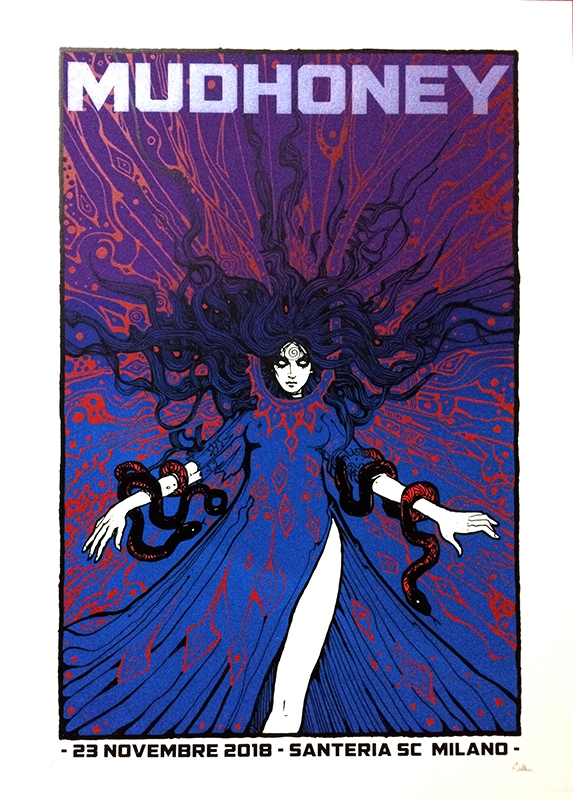 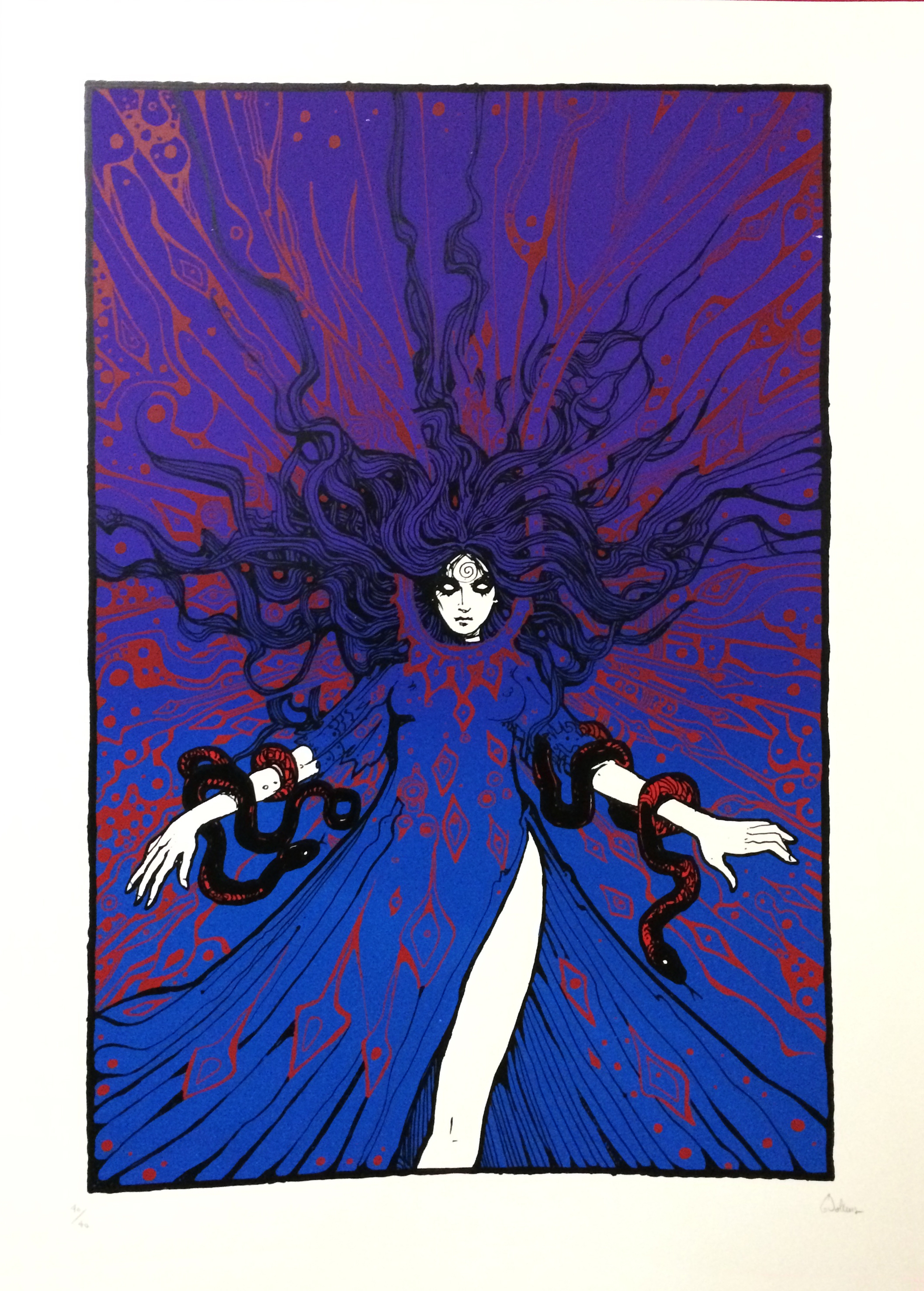 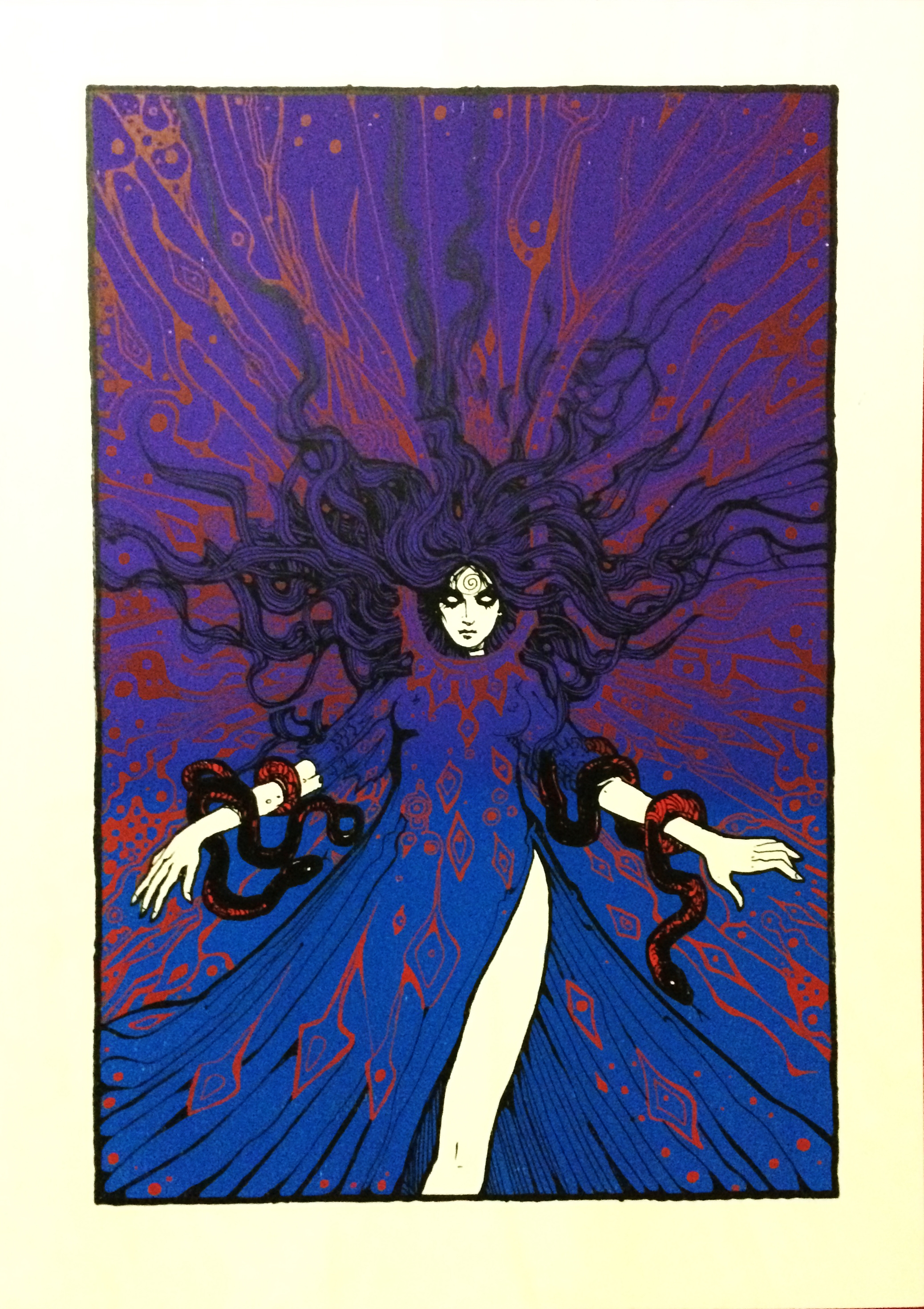 This is the brand new poster for Jon Spencer European Tour 2018.
It's a limited edition of 131 copies printed with glossy colors on cream paper.
This poster will hit our store on Wednesday November 14th at random time!

This is the poster we made for Jerry Joseph & the Jackmormons show.
It's a limited edition of 100 copies printed with 3 metallic colors on cream paper.
This poster will be available during the shows and soon after on our store.
Also we worked  on 2 different AP versions called "Theia".
Theia was the mother of Selene, the goddess of the moon, which parallels the planet Theia's collision with the early Earth that is theorized to have created the Moon. She was also known as the goddess of sight and the Greeks believed her eyes were beams of light, helping them see with their own mortaleyes. 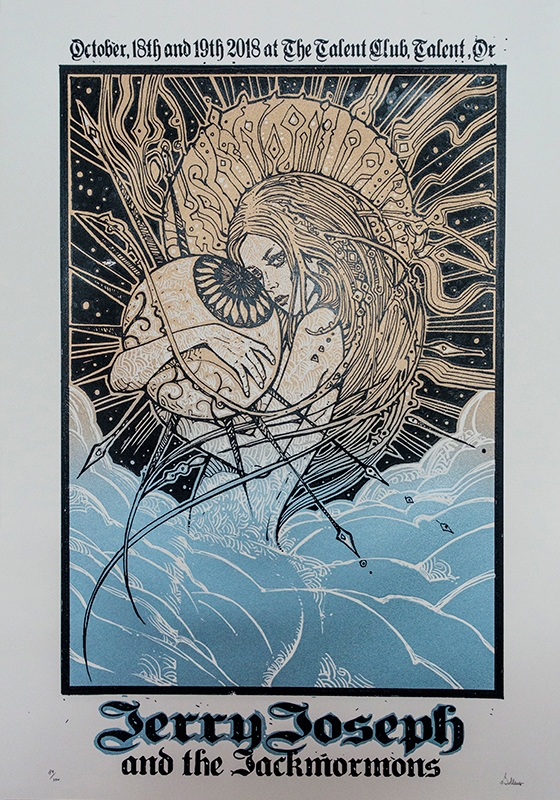 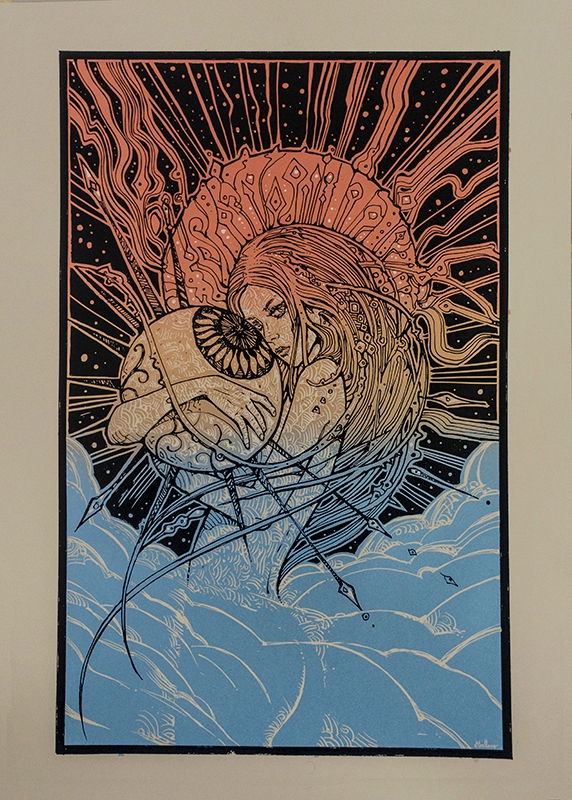 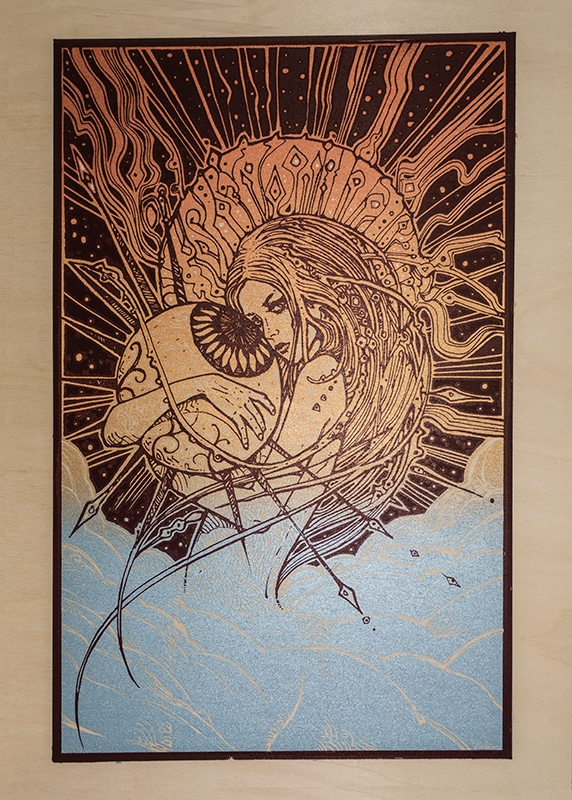 We’re working with Amanda Palmer since many years , and it’s always a great pleasure.
We love her and this time we worked on a print for a special show  in Tucson together with her husband Neil Gaiman, author of  novels, comic books, graphic novels, audio theatre, and films like The Sandman and American Gods.

Also we worked on an AP version called "Linfa" printed with 4 colors on craft paper in a limited edition of 33 copies
Regular and AP version will be available on MONDAY OCTOBER 22nd on our shop! 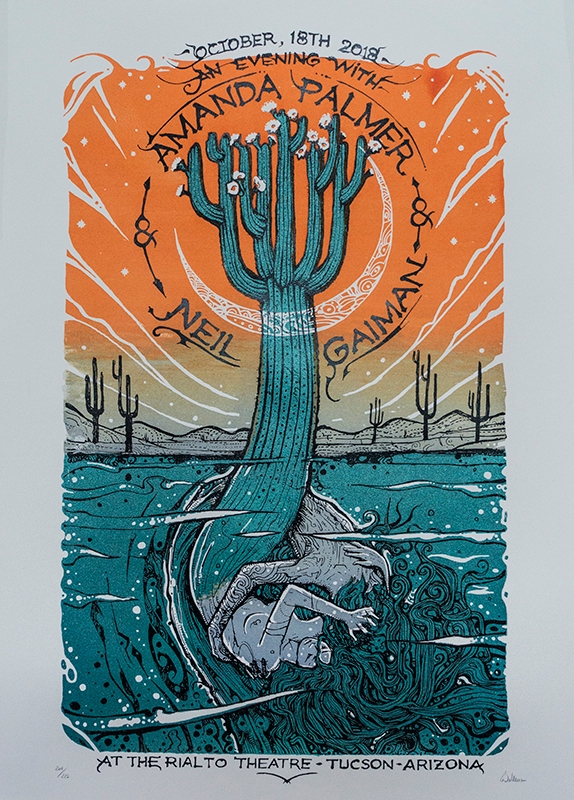 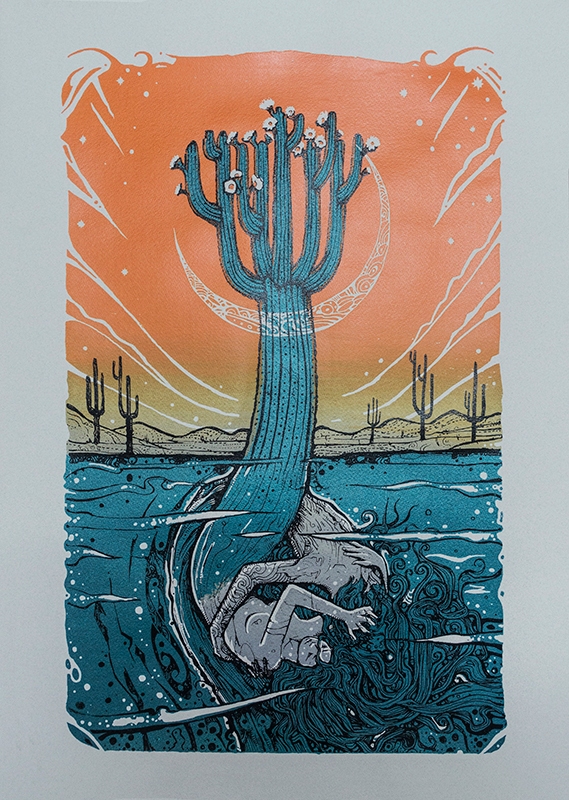